Hassocks Hairy Face at the Window May 2017

July 22, 2017
This account was emailed to Adam Bird and he kindly passed the details along to me, and with the witnesses permission i can happily share it with you all.

Witness Account: I want to share with you an experience I had in May this year while I was holidaying in Brighton,  but we were sleeping in our caravan in Coleman's Caravan Park in Hassocks.  Everything went well and on the Tuesday, which was the second night of our holiday, we had decided to have an early night, we went to bed and had been settled down for about a half hour when I heard this strange ruffling sound outside the caravan. 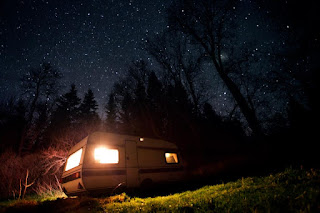 The campground is quite small and private and we were sleeping with the curtains open. When i opened my eyes to see what was making the noise i got a shock as i looked to the window is when I saw this “thing” looking into the van at us.  It was not doing anything but It was just stood there looking in and watching us in bed. 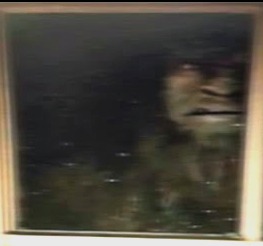 It shocked me so i turned and I woke up my husband. I would describe what i saw as pretty tall.  Its head reached the top of the caravan window.  The face was pressed up against the glass and the figure was hairy.  My husband sat up and lit his lighter and for a brief few seconds we got a good clear look at it.   Its shoulders were broad and his face ugly.  It had a full beard but thin hair on top of its head and it was showing its teeth.  They teeth well they were like dog's teeth.  I was so scared. 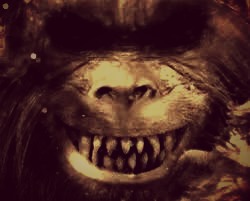