I was contacted earlier in the week by a Gentleman Bushcrafter who is out and about in the Welsh Mountains, a regular outdoorsman who enjoys the land, her gifts and the animals that share it.  Earlier in the year i added an account to the British Bigfoot Research Map and data in which a couple travelling in the same area describe seeing an upright standing bear?

The Couple said they saw what they described as a "bear with long forearms and walking on all fours" it came out of the hedge on the right hand side of the road. They also said it was as tall as a man when it stood up on its hind legs.   The couple were so convinced, they went around the area asking people if they had strange pets which had got loose somehow, they were certain that they had seen on a lonely Welsh mountain road an upright walking dark coloured fur covered bear? 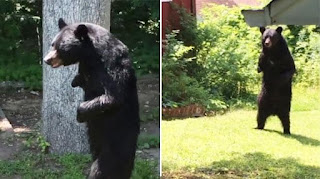 On reading this account Mikey describes seeing a similar creature when out in the same area,   He told me he himself was certain he had seen the same Bear like creature, large bodied, haired covered.  Now this area is known for its big cat sightings and Mikey himself has seen cats in the area, one time being stalked by a big cat, in turn he stalked that cat the day after. 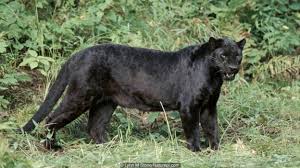 All the incidents here happend at or around dusk.  So this brings into question what is stalking or living in the Llangollen and Berwyn Mountain range.  Like most of us Mikey is not equipped with night vision and go pro cameras.  He is out and about still looking for signs of the “animal” in question, mostly to satisfy his own curiosity.  But any help or information that could help Mikey would be greatly appreciated.  Have you seen anything in the area that stands out, heard strange growls or howls? Or witnessed the slinking animal as it moves back into the underbrush. 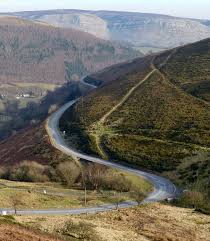 It is not so many miles away from the area last year that Bigfoot Tony a fellow researcher found his “tree Pusher” and managed to capture it on tape, and this can be found on his channel.   Large bare footprints have also been found in the area.

Let's hope we can shed some light on the situation, no attacks have been reported and the animal seems to walk away of its own volition, one interesting thing of note, when the First couple witnessed the “bear” they had stopped to rescue an injured noisey Owl at the side of the road, and it was when helping the Owl that the bear came out of the forest.?  Could the noise of a distressed bird drawn it out, or was this a regular route?