July 23, 2017
I received a message yesterday from a lovely lady who has given her details, but is unwilling at the moment to be named, which is very understandable here in the UK.  But as i assured her, she is among friends and we are happy to help in anyway we can, here's what  the lady had to say. 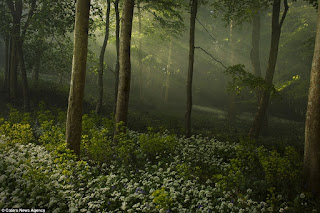 I've had this picture on my phone since Easter 2013 when I went to Dorset to visit with family, we were staying  in a log cabin in the forest close to Corfe.   I have thought about it on and off since I saw this photograph in the holiday shots when i got home.  As I am a keen believer in the Wildman or Bigfoot, accounts from across the world but I never really thought about them being In this country until much more recently on hearing of other people experiences and i pondered as to what this could be on the photograph from that time in the woods four years ago.


My son and my younger cousin had been playing in the woods surrounding the cabins, as kids do, and for a couple of days they were darting in and out and just being mischievous as they were young at the time, having fun and enjoying the time away.   One afternoon whilst playing in the woods, they both ran back scared saying that something was in the woods and it had scared them, but they never really said what had frightened them or how, just that they didn't want to play there again that day.   I went into the woods alone with my daughter the following morning not really thinking anything about their experience, at that point it wasn't really in my mind, but as we were exploring  and walking around i did feel like I was being watched, to be honest it was unnerving..


I took several photos of the woods, it was outstanding, and  because it was a really old ancient woodland and quite beautiful. It was only on returning  home and looking through the photographs that i noticed the black figure. And it has puzzled me ever since. 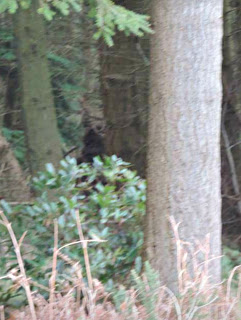 I have asked my son on a number of occasions what had scared him and his cousin out of the woods that day, and as he is 18 now he was a bit blase about the whole thing, and didn't really go into any detail. 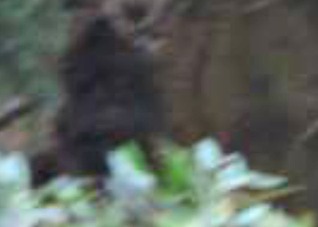 The area this account comes from is a beautiful part of the UK, with other sighting accounts around it and many differing habitats between coast and woods, its not out of the realms of possibility that something is hiding here.  And i would like to thank the lady in question, not only for sharing with us, but sharing her family photographs with us in the hopes someone can identify just what the dark shape in the picture is.