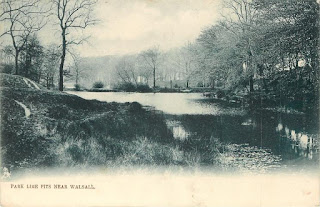 Hi Deborah. I've been watching your recent video concerning the Woodmill Hairy thing and it has jogged a memory i had from my childhood. I grew up in the village of Rushall just outside Walsall  which has quite a lot of greenbelt fields and woodland. I used to love walking in a particular area called Park Lime pits which was a lime quarry but now a nature reserve, the quarry has now been filled with water and stocked with plenty of fish.  Around 40 years ago children would go and play in the woods there -alas children had more freedom then.  One girl in my class told me about something that happened to her brother and his friend when they had stayed out longer than they should have, and it was getting dark when they came across what they described as a hunch backed man walking along the railway embankment. 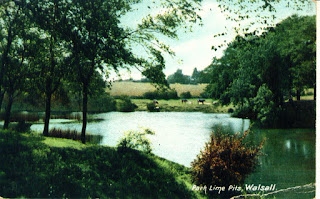 They described the figure as raggy, dirty and unkempt and he was breathing heavily. She said her brother and his friend ran away and were genuinely very frightened when they got home.  I told my friend and one evening as children do, we actually went looking for the hunch back!

Of course we never found anything so just dismissed it as fantasy.  I'm wondering now though that perhaps there was something to it and the boys may have seen a wild man.  The area has food sources and water, a canal, there are mine shafts and workings and even a golf course not too far away.  Further along the railway line down Bosty Lane there is also a patch of woodland called Linley Wood. It may have also been quarried at one time as the land undulates and is cavernous in some parts. I roamed all over the place when I was a kid but we never ventured in that  wood. I just never felt comfortable there. I'm not in contact anymore with the girl who told me this tale so unfortunately can't verify the story.  It's still intriguing, though so thought I'd pass it on. 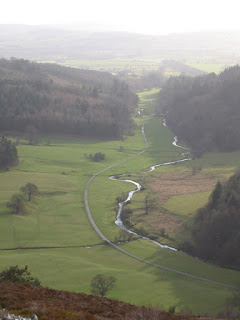 May be someone will come forward in the future with more info - sorry mine is so sketchy but it is all I can remember.  It was you talking about railway lines as a green corridor that triggered the memory. funny how the mind works!

It is indeed funny how the mind works, i for one notice over and over the same things popping up in areas of the accounts, so often quarries feature in many of them, usually accompanied by railway embankments and golf courses, although we have no solid evidence why these things feature so heavily in the areas of sightings and experiences but my own theory is without access to huge amounts of  land to choose from old quarries and golf courses at night provide human free ground, lots of wildlife and cover.  And the railway embankments and small streams or rivers may offer not only food sources and cover but the path of least resistance and in the hours of darkness and dawn they are also mini human free highways crossing the whole of the UK.

I also feel so many of us have these hidden forgotten memories from childhood.  I notice time and time again when doing an article or video it always brings forward another person who saw, heard or experienced a similar thing in the same area, and dark hunched figures on the  railway embankments are not just reported in the Walsall area of the UK but all across our beautiful country. And once again a figure described as hunched or hunch backed, scruffy or ragged and breathing heavy using the railway line or stream as a route is an all to familiar theme. Although we can not add this to the bigfoot accounts from the area, i do find it interesting this sightings is only a short walk to the many cannock chase encounters to the North. But with ample parkland and areas of natural beauty on the doorstep this area is a good stopping place from any direction you may be travelling from or too in the UK