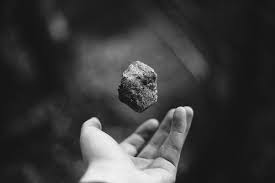 I don't know why I haven't mentioned this before but I'd like to give an account of a possible encounter I had back in 2007.  It was the beginning of April and I had been visiting Somerset and Cornwall with a friend.  On the night of my encounter, we were in St Austell, staying at a B&B right on the beach.  We walked to the local pub for an evening meal and this took us parallel to the beach.  We had to go through a large and busy caravan site and along a path next to fenced-off piece of land with a pond/lake on it - this was right next to the caravan site.  During the meal, my friend and I sadly had a bit of a falling out; and feeling tired and unhappy, I decided to head back to the B&B on my own early.  I felt really down.  As I passed the area where the pond/lake was, I could hear ducks making a din.  Suddenly, something came whizzing out of nowhere and struck me on the shoulder.  It didn't hurt and I couldn't see what it was but it felt like a small pebble.  I stopped dead still and stared into the pitch dark, listening for the laughter of teenagers; as I assumed that it was a group of young people from the caravan park that must have tossed whatever had hit me.  There was no sound and of course, the fence obscured my view.  I waited in the dark, feeling pretty humiliated for about 10-20 seconds but even the ducks went silent.  Unnerved, I walked on but then I got lost in the caravan park and had to double back, past the pond area to find my friend.  Again there was absolute silence.


Now at the time, I was reading about Cornish Piskies (as I have an interest in the Faery Folk); so I thought at first it was them making their presence known.  Faery beings are very reactive to emotion (especially when it is heavy); so I thought maybe they were trying to snap me out of my unhappy mood.  However, I am now wondering if it was one of our forest brethren instead.  It was a very, very accurate throw - the pond was about 100 metres away and the fence was well over 6 foot).  It was not thrown with force either, so it seems either the 'tree' at the side of the path was not a tree, or that throw was made by someone of supernatural ability!  I did not feel malice at any time; rather it was more like a gesture to snap me out of my thoughts. 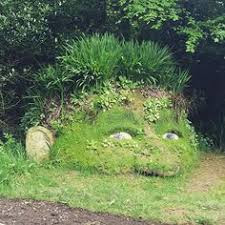 I also wanted to report a current possible tree structure sightings for any of your researchers in the Lancaster area to check out.  The first weekend of December, I was with my family driving north up the M6 to the South Lakes.  As we approached the big green and orange buildings of Lancaster University, I was looking out of my window at the woods in front of it beside the motorway.  I was intentionally looking for tree structures - something I've started doing this year.  Now it was either the woods just before the University to the South; or  the ones directly in front of it but as we passed I couldn't believe what I was seeing - a full sized tree lying horizontally across two other mature trees and it was quite high up in the air!  I tried to verify the sighting on my way back but I couldn't quite do it from the other side of the motorway and I haven't had chance to head back up there.  However, what I saw was blatant.  There is no way this was windfall and the tree was huge!  I'd be really, really interested if anyone else heads past there and can verify this. 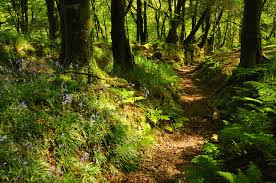 I am Loving the ongoing uploads and accounts on Youtube; and also the profiles of the different researchers.  You've got some really good people on the ground there.  I'm finding Mike's dogman diaries very interesting.  In the places he is actually sighting them, are there any bodies of water nearby?  There seems to be a connection with water from other accounts that I've read; but of course this may not necessarily be spiritual (as I personally conjecture; they are some sort of guardians of it, with water being known in folklore as a liminal place, a centre/vortex of magical energy and also the entrance to the other/underworld). It could possibly just be a natural territorial boundary for them or because they are simply coming to drink there?


I too have noticed Water seems important and as i ask myself the same questions as Autumn still never fully making my mind up to the exact answer, there is one thing i am sure off, estuaries are important to them and the sighting accounts cluster in this kind of area and the sightings are always within walking distance of a water body of some kind.