December 08, 2017
Ambresbury Banks between the Wake arms Roundabout and Epping is another late Iron Age earthwork in the area of Loughton, where I spent much of my teenage years. The fort encompasses an area of 4.5 hectares (11 acres) and is surrounded by a bank of up to 2 m in height, and an impressive ditch in places, which today is quite shallow but once was up to three metres deep and six metres wide. The site has been examined archaeologically 9 times, the first excavation conducted by Augustus Pitt-Rivers in 1881. The defences today have 6 major breaks in their circumference: only one appears to be original. This is approached from the north west by a trapezoidal causeway. The ends of the bank at this point were revetted with coursed pudding stone blocks. 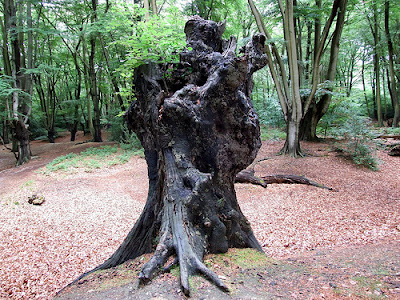 Finds at the site have included flints and flint arrow heads and shards of red, grey and black pottery, which suggest a construction date of around 700 BC and occupation until 42 AD. The hill fort today lies in Epping Forest although it is right next to the B1393 Epping to Loughton road. The area within is completely wooded and crossed by a few paths which are supposed to be only for walkers, for Ambresbury Banks is a scheduled monument, but some use them for motorbikes and cycles because they don’t care about the past.

Paranormal Accounts From The Area:

According to legend, this is the site of the last stand of Boudica (Boadicea is the Latin or Roman name given to her) against the Romans in the year 61 and her ghost is to be seen wandering around. This is unlikely however.

With the above legend in mind this place became a focus of investigations for me in the late 1970s, it encompassed History, legend, archaeology and was close to my home in Loughton. Unfortunately, nothing was ever witnessed there in Boudiccan terms, no women in white dresses, no Briton warriors or Roman Legionaries, or indeed any apparitions at all of any date. 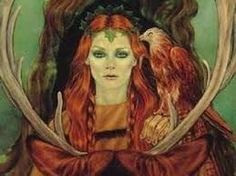 I found the entrance via the rampart near to the Epping road a rather peaceful place, and indeed most of the fort was. But the further one went into the interior and approached the rear, in the areas that fewer people would visit, the stranger the place became. On one of my visits I was convinced that I heard the sounds of footsteps following me so I ducked out of sight and waited to see. This was Epping Forest after all and who knows what could have followed me in there, but when I stopped walking so did the footsteps, and they didn’t start again once I set off.

There was also always a feeling of being watched in this part of the fort, not exactly hostile, but then again not exactly friendly either. This presence has been reported by others walking in this area as well.

One other thing of note perhaps, our dog didn’t like the area either, and while usually he would be running free well away from me and running back, here he would keep close by absolutely around the legs almost tripping me up and looking around, he was definitely nervous.

This is one of the many accounts from this area, and reports come in over the years that I have filed away on the Loughton camp area. Never sure enough to add them to the sightings map but noting a similarity in them with many of the reported Bigfoot Accounts we hear. 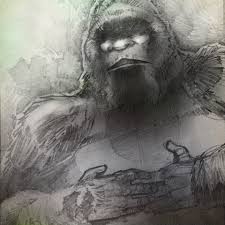 These are just some of the notes i had made on the area: There is an old tale from 1313 of a hermit named Kate who lived within a "cellar" within the woods, she reported amongst other things drumming rhythmic sounds, shadows and people being followed or stalked around the woods.  Strange ghostly lights and mists?  In 2004 a witness named Lee. A stated ". Myself and two friends had been there at the camp one night and the wind really began to blow, making the trees creek and whistle as the wind rushed through them. The atmosphere was really edgy and we retreated through the woods back to the car almost immediately. I wonder if anyone has investigated here or knows anything more about the sites.

Another witness also stated. hello there, I wasn't sure whether to even enter this post as it all seemed too weird but this is what happened to me at Loughton camp. My friend and I were chilling up at the beginnings of the foot of the hill for a while before dusk and spent an hour undisturbed by humans, we were a fair way into the forest and heard nothing but animals. As it got dark we decided to leave, but I had to take a leak first so as I was off doing my thing we both heard a deepish drum banging in a slow rhythm from somewhere in the woods. I kinda joked about it but we were both a bit freaked, it was getting pretty dark and all. The most odd thing though was the deep groaning we heard as we were walking briskly out of the woods, it seemed very lo-fi and I asked my mate to stop and listen but he was too scared, I wasn't even up there investigating and I was wondering if anyone knows of other experiences there, I'd like to know if similar things have been witnessed. The drumming was totally bizarre and we heard or saw no one or any unnatural noises other than the two I have just described. 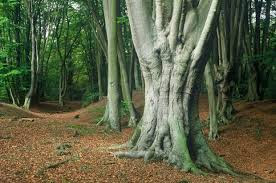 Another account on a paranormal thread states: On one occasion in the 1970,s during the day, a friend and myself were at the camp, it was overcast and very little wind was around. We were pelted (as though a strong wind was in force) with Beech nuts. We moved and got the same treatment - then realisation dawned on me we were stood under OAK trees. I kept a beech nut from my Parka's hood for years afterwards.

As regular subscribers will know Epping Forest is one of the areas that has become a hotspot for Cryptid researchers in the South of England.  I too would be heading there and to the corridors that lead into and away from it if only I lived close by.