General
Just a quick search today due to the weather conditions, I thought I could get some good photos of paw prints due to the snow on the ground. 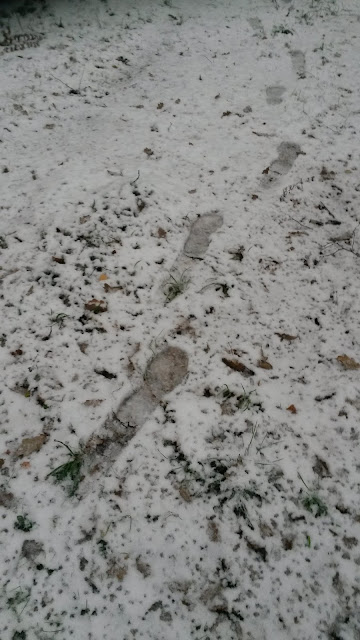 Comments
I searched zone 1 today, which took about 45 minutes, during this search I was hoping to find some fresh paw prints due to the snow on the ground, but the only prints I found were boot prints which surprised me because I thought I’d be the only one out in the woods due to the weather conditions, but this was not so, in fact the boot prints looked fresh as if somebody had been in not too long before I entered? I took three or four photos of the surrounding area and one of the boot prints. The woods today were again very quiet but I did hear some loud groaning coming from the other side of the road in the other part of the woods which I’ve never heard before. Search time 12.15 to 13.00 hours. 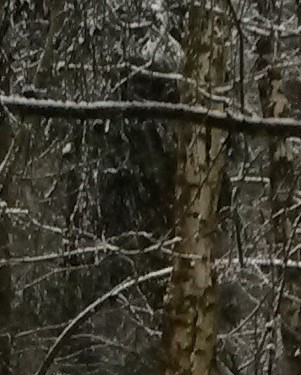 Anyway, I think I found my boot print chap because parked further down the road was the M.I.B blue Mercedes estate car and of course I walked up to where he was parked and I followed what I thought were to be his prints and to my surprise there were dog prints next to his, I didn’t follow all the way, but I thought next time I would introduce myself, but I found it odd that only he and I were out there in the woods, actually its interesting of the four times that I’ve seen him this year he has always been parked in the same spot just as I have my regular parking spot??

The Man in blue as myself and Mike call this odd fellow seems to be around more and more, it could sheer coincidence that he just happens to park there at the same time as Mike each time he is out and in each different area? ~Well I suppose it could happen, but what are the odds of that I wonder?
Mike   Playlist of Mikes Journals