December 28, 2017
The encounters at Paull seemed to be intensifying as if this thing was 'testing' us. Seeing how far it could go. This particular night we had lots of snow in Hull and the Paull area. By the time we got to our spot down Newlands lane the snow was a couple inches deep at least but it had stopped. My memory is hazy but i believe it was either late 02 or very early 03.  Our routine and sightings of 'it' had taken over the pool games. Now we didn't go out for pool as such but more to experience this...whatever it was. Driving down the lane turning round and then pulling over in the passing place on the left had become routine although the snow bound road and countryside gave a different dimension to things.  The most obvious being everything was much 'brighter'  It was cold and very quiet as I let Patch back in the boot.  We sat in the car, windows half down having our smokes talking in low voices. Watching the bend in the road ahead carefully, ears pricked for any noise..nothing??  There was no unusual activity. 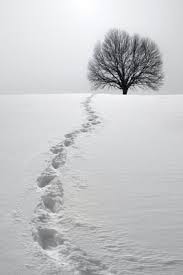 We remarked on how quiet it was, both in nature and the 'thing'. There was no sound at all, the night was so still. I remember my window was open and i was smoking, I was on my 2nd cig by then. And then everything changed in a second.  It all happened very quickly, in what felt like Milli seconds. I remember hearing a noise near the back of the car, faint at first but getting louder quickly. I was aware of Rob in the rear passenger side leaning out his open window to investigate what the noise was. As I realised what the noise was the car suddenly erupted in noise, very loud noise of shouting, screaming, swearing, sheer panic! A loud bang sounded from the rear of the car. I had automatically reached for the ignition and had started the engine, out of the pandemonium I made out a few words GO GO GO!.
Its an odd sensation, you want to get out of there quickly, you know something horrible is happening but you know if you floor the accelerator which every instinct is screaming at you to do your going nowhere! At the time I had an old Volvo 340 which is rear wheel drive, not the best vehicle on a snow bound road so I had to gently accelerate, even being careful the rear wheels just spun on the slippery road at first, and all the time I was being shouted at, swore at, screamed at too, and I quote 'get the xxxk out of here'  Slowly, painfully slowly the car started to move forward, as soon as it did i slipped into 2nd gear and put more revs on, as much as I dared. We were moving now, at a fair rate, I bought the car up to 30 mph a crazy speed on that road but still seemed way too slow. We cleared the first bend and, against great protest from my passengers pulled over roughly quarter mile away at another passing place. It was only now I realised Rob in the back was sprawled across the backseat holding his head! Had he been attacked? No. Apparently he had banged his head hard on the door frame in panic trying to get his head back in the car after what he'd seen. That was the loud bang id heard! He was OK just a slight cut to the back of his head.  I hadn't seen anything but I did hear it, what id heard a second before the panic is footfalls in the snow, that crunching sound.
Jon and Rob were scared but also excited they kept saying 'did you xxxking see it?' over and over. Also 'what the fxxk was that'. I was scared too but i hadn't seen what they had.  Jon had seen it initially by looking out his passenger window then through wing mirror. Rob had been closest and saw the whole thing with his head hung right out the rear door!  What had they seen? This is going to sound insane but I believe them, I've never seen anyone that scared in my life even to this day.
Rob and Jon's descriptions were the same. Rob said he'd heard something approaching the rear of the car, like I had, he'd stuck his head out the window and looked back, and seen footprints 'appearing' in the snow, no feet or legs or body just footprints coming towards back of car! He even described the snow flicking off non existent feet. Jon's description was the same.  It was unbelievable but yet id just experienced it, I was a lot of things at once, scared, excited, stressed but at the same time curious, I had to know. Again amidst protest I slowly carefully turned the car around and headed back to where we had been parked. At once as I drove back you could see in the headlamps footprints in the snow. They led into the field beside the car about 15-20 yd from where we were parked. Clearly whilst we were talking about what we'd seen and heard it had been following us. It had got almost right up to the car. We followed the prints slowly this time with the windows up and doors locked! Returning to the original parking spot we noticed that the prints went right past where the car had been parked. When we set off it would have been up against the passenger side. We kept on following the prints, now clearly standing out in the virgin snow. They ended or rather began in the middle of the road about 100-150 yd away from original parking place. I turned round once more... I really feel for these witnesses, where would you go if you experienced this? who would you tell?  It is often the case when there is more than one witness that its never spoken about again and you distance yourself from each other as if this will lessen the impact in some way, or at least have the "out of sight, out of mind" effect.  You ask yourself over and over "did i really see that, was it really there?  What ifs abound and you drive yourself ragged trying to work it all out.  Sometimes just knowing your in a small minority of others who have also seen something impossible but there nonetheless, helps you come to terms with the encounter and move forward with your journey, once you accept it happened and come to terms with it all, it does start to make sense and become less of a scary event and more of an interest in what else you can learn about these "beings" shall we say.