The Clay Lanes area of pembrokeshire has many sightings of figures and shadows along the road and into the woods. These are just some of them. A young man using Clay lanes one night to go jogging said that while running he thought he heard an animal running next to him in the hedge. He said that such things did not normally concern him but as he ran he realized that this animal was not only quite large due to the noise it was making but also it was very near him and deliberately keeping up the pace with him. The gentleman decided to sprint the last stretch and up to the comforting light of Merlins Bridge and when he reached St marks school and looked behind him he saw peering back at him from the darkness a pair of large golden eyes. The eyes blinked and vanished. Was this just a curious indigenous creature or had the man’s jogging in the night disturbed a very strange entity?

Another report of strange activity came from two ladies that were travelling to Haverfordwest on February 5th at approx 7.30 p.m. The driver, whom wishes to remain anonymous at this time, said that she and her friend were travelling to a well known supermarket in Haverfordwest. They had just driven through Johnston and were heading towards Dredgemans Hill when a dark shadow ran from the right hand side of the road from the hedge and in front of the car. The lady described the figure as a shadowy, human shape with long arms and legs. She said that it was so sudden and she was so shocked that she slammed on the brakes thinking she was going to run over a person. She went on to explain that the shadowy shape had vanished. She believes that the figure had not made it to the other side of the road and was a “blink and miss it” experience. She described the event as shocking and was compelled to contact us after her experience seeking answers. The Passenger in the car did not see the figure and only experienced her companions shock and confusion. The driver also commented that she has driven the road countless times and has never had an experience like it before and hopes not to have one like it again.

Four days later on Monday 9th February two ladies were travelling from Milford to attend work in Haverfordwest when they had own similar and startling experience. This time their experience occurred outside of Steynton, Milford haven, just after 6 a.m. Both ladies wish to remain anonymous due to their profession, claim that after the traffic lights and past a well known pub in the area that they saw a tall shadowy figure on the right hand side of the road as you travel to Haverfordwest. They said it is not uncommon to see people on the side of the road as there are many workers up at that time of day waiting for lifts and they took no further notice other than how tall the figure was. As they continued their drive they claim the tall figure “darted” across the road at astonishing speed and disappeared into the road. The driver “slammed on her breaks”expecting to have hit someone or something.

The passenger left the car and there was no evidence of an accident or of a person or animal on the road or near the car. They continued their journey, both confused and shaken up and when they safely arrived at their work place they told a senior college of their experience . Their colleague casually told them that it was a common occurrence and a well known paranormal hot spot and others had seen a strange figure at that spot. The ladies have informed us that since the event they have not witnessed any further activity but are very mindful on their morning journey that there is something not quite right with that part of the road.

Only about 2 months ago my colleague and I were working nights and driving from Milford to Haverfordwest. It was about 2 am and we were just approaching Johnston. As we did I saw a very tall lanky dark figure run straight across the road into the hedge! We stopped and got torches etc but there was no where it could have gone. It literally disappeared into the hedge. Some paramedics then stopped and told us about the road being haunted. The figure had long arms and legs and ran very quickly. Definitely blink and you’d have missed it.

Pembrokeshire Beyond received a message from a family claiming while holidaying in the county during the weekend of the 23rd May 2015  that they witnessed an unusual and chilling experience. Mr Taylor from Sussex contacted Pembrokeshire Beyond after researching his sighting and saw that we had covered the road in depth with several articles (above articles supplied by Pembrokeshire beyond) “We have visited Pembrokeshire many times over the years. Pembrokeshire is one of our favorite destinations and we have family in Saundersfoot whom we stay with. I am very familiar with the the area but I had not visited Haverfordwest castle. My wife and two daughters enjoyed our trip to Haverfordwest very much and we took the road (Clay lane) out of Haverfordwest to get to the Pembroke Road to continue our trip. It was not late at all, maybe 8 p.m. It was on the road that we traveled up a steep hill and down onto a country road. On our right was a field with what appeared to be a ruined church which upon research was was an old house (Haroldston house). I was tempted to get out and grab a picture of the ruin when my Wife shouted to slow down and in the road was the figure of a person. I  stopped and my wife and two children watched a blurry figure walk from the middle of the road and disappear into a gap into the hedge (left to the right). The figure was very tall and was definitely in front of us. There was no discernible features just the blurry outline of a very tall figure (Over 6 foot maybe taller). You could see the arms swinging as it walked. It was not dirt on the windscreen or shadows cast by the trees or an ordinary person just crossing the road. There was an actual shadowy object crossing the road. It was very unsettling and my children particularly the youngest was very upset by the sighting. I am not one for the paranormal but to see something like this in the daylight with my family has obviously opened my mind to such things. I am ashamed to admit that I did not get out of the car to see where it had gone and the incident happened so quickly that I did not get a photograph. The children were upset so we drove off.

Although always reported as “ghost” description could also fit our wildman, Very Tall, Brown, Long arms and Long legs moving quickly across the road. the most recent report being june 2015 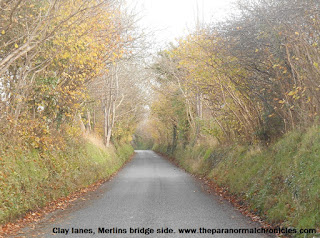 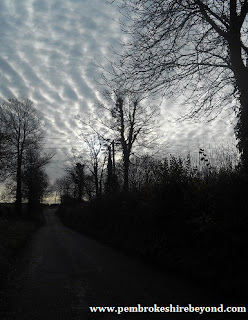 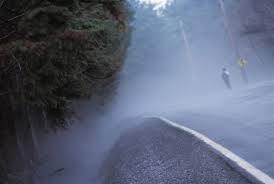