Is the Wildman our Greenman Sept 2015

September 05, 2015
I was lucky enough to be given permission to share an amazing picture by a well known british wildman researcher, who's main research area is just south of northumberland. An area of vast wilderness and many lakes and streams, woodlands galore and strange tales of howls and screams and rampant "geets" its not only an area of important habitat but is also the border between Scotland and England and is just 84 miles wide making it the quickest way to cross from coast to coast here in the UK

This photograph was taken by the researcher John and his son.  On their investigation that night, John's son was aware of feeling watched, so as he always does at times like that, John took the photograph. There are numerous reports from witness all across the North East of England and Bolam is also home to the legendary Bolam Beast. 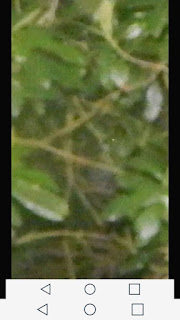 They did also encounter a strange grunt/growl that night, but the photgraph is clearly the best evidence from the night.

On seeing this picture i immediately thought of the greenman tales dated back hundreds of years here in england, he is named in many ways from Herne the Hunter to Brown Jack and Green George, from John 'o' Groat's to Lands End there have always been stories of a wild man that lived in the woods and avoided humans, he is always pictured with leaves and brush covering up his face. 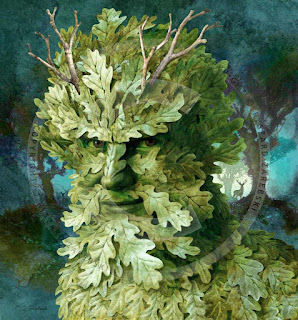 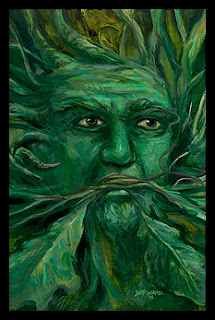 In some stories he is to be feared and will steal maidens and young children that stray from the path, and in others he is seen as the protector of the woods, a caretaker in fact that lives along with nature in a way we just dont understand.  I wonder if all along it has been the wildman or woodwoose and we just dont have any knowledge passed down other than the old tales.  Whether threat or caretaker we must respect the woods and our wild spaces as they dont really belong to us but to nature and we are just visitors.

Pic: owned by the reseacher