September 22, 2015
The author, who billed himself as Tony G from the tiny hamlet of Dubwarth, revealed how when he was running the fells as a young man he used to meet an elderly lady who used to walk her dog with her husband, she regaled him with a tale of coming face to face with the apeman in the woods during World War Two.
The post read: “One particular day she went up Sale Fell with her husband and was sitting on a bench close to the woods when they became aware of a shuffling noise behind them.
“Upon turning around both her husband and herself saw what she described as a tall, hairy ape like creature with eyes that were burning a reddish colour and it was moving towards them at a slow pace. They observed this creature for some time until they became afraid and they both fled – terrified.
“She went on to say that they told the police and members of their family, thinking that a gorilla had escaped from a zoo, but were laughed at and were not believed.

Sale Fell is a small hill near Cockermouth in the English Lake District. It is one of the smallest Wainwrights, but is nevertheless popular with locals, as it offers gentle walking and lovely views across Bassenthwaite Lake to Skiddaw 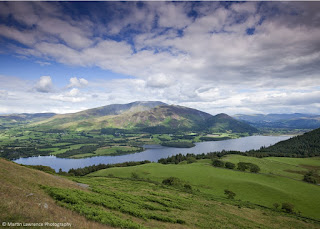 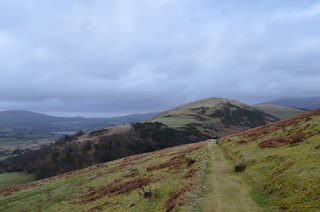