November 20, 2017
Autumn is a lady that views things in a different way to many people out there, she likes to look around corners and outside the box,, she trusts her instincts and follows her gut, and after some eye opening experiences as a child, has accepted the world is not all it seems and in doing so has found her place in the world, and is willing to share her experiences for anyone going through the same or similar things, i was honoured when Autumn reached out to me, as i feel she has the same wants and ideas as myself, and many of the people who also chat to me most days, so for now i will bring you a small excerpt from Autumn's world and over the coming winter months we can learn what shaped her as a child, and her journey through the years to where she is now, and hopefully we can walk a while along with her and learn from her wise and open mind. 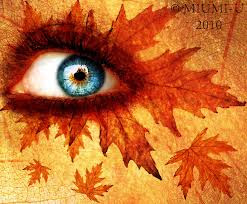 Autumn's Words: I first came across the concept of the Forest People when I was about 6.  There used to be a programme on TV called Tomorrow's World, and I saw an episode one day where Chris Bonington the explorer came on and spoke about his encounter with a mysterious creature at Everest Base Camp.  This 'creature' was of course the Yeti and they showed an artist's impression of the creature which terrified me to the core and would haunt me for years afterwards.  I don't know why it affected me so much; maybe because the programme made this being out to be a monster?  But something rang 'true' for me that this creature was very, very real.


There is one incident from my childhood (I was about 8 I think) that may or may not have been an actual physical encounter.  I wasn't normally allowed to play too far away from home, but I had been allowed on this occasion to go off with a school-friend for an hour.   We went to a little park in Franington and walked over the football field behind it to a small wood.  Beside the wood to the right was a farmer's field and beyond that lay an access road to an industrial site.  There was a smaller wooded area there, which ran parallel to the main railway line.  There was a long path that dog-walkers used, which led out into open ground which was very overgrown.  My friend had taken me to an Oak tree beside the path in order to try and teach me how to climb a tree.  We were about 200 - 250 yards from where the path opened out but we had a clear line of sight.  We were having fun trying to climb the tree and failing, when suddenly I got a strange feeling.  I looked up the path and saw a standing figure, side-on to us.  They were quite far away and it could in all honesty have been a human in dark clothing, i don't think it was, but they seemed to be stooped funny in an awkward position, .  There was just something 'off' about them, but i couldn't work out what?.  I pointed them out to my friend and we both just got spooked and ran for it.  In my mind's eye I kept thinking 'it's a Yeti' and seeing a red-haired creature chasing us, i could almost feel him behind us.  I never stopped running until I got home.  If it was such I being, I don't believe now for one moment it intended us any harm - maybe it was trying to get us to hurry home because it knew we'd been out too long? Or some game was at play and we didn't know the rules or get the invite?   It was just over an hour when I reached the drive of my house and my parents were just about the set off in angry search of me! 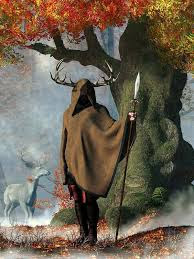 These past couple of years, my interest in the Forest People has returned; and thanks to people like yourself and the researchers who feature on your channels, I've come to think of them so differently.  I'm not saying I'm ready for a full visual encounter (and I don't think they would as they don't intend to frighten anyone) but I don't see them as monsters anymore.  I see them as friends and wise teachers.  I believe the seen and unseen are reaching out to each other now to rebuild the bridges of communication that have been lost.  We need each other now to help heal our world and move towards a very different and better way of being.  I am aware of the various conspiracy theories that abound as to why more and more people are encountering mysterious non-humans; but I believe that is the true reason why this is happening.

I'm also very interested in Dogmen and have been for several years.  I'm a little more nervous about what intentions these being have but I have a natural fear of dogs to begin with, which doesn't help.  It's ever since I was told they can smell fear.  Once you're told not to feel or think something, you just can't not do!  My instincts are though that they are also extremely misunderstood. From what I've heard they keep away from us (except the teenagers when mischief-making) and tend to walk away or adopt an 'air of nonchalance' when encountered.  To me, going by their actions,  they seem gentle or at least peaceful; but this may be me just wanting to think the best outcome! 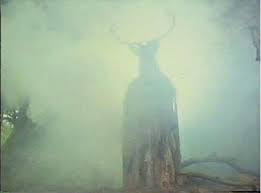 I don't know if you are aware of it but at a place called Buckstand Village, there was a sighting of a huge 'hyena' type animal rummaging in some bins.  The owner who was in his garden having a smoke at the time got quite a shock when he caught sight of it, but the creature ran off.  Buckstand is a newly built village on the sight of an old munitions factory.  It used to be abandoned waste ground before then but it is also very near to a Valley, which has woods, waterways, fields - a real 'corridor' complete with deer etc.  It amazes me how near to urban places these beings are coming!

On that note, I'll finish with a funny story and a possible new area worth investigating.  I don't drive, so normally I get the train to my workplace in Printon vale.  Recently there have been a lot of rail strikes, so on occasion I'll get the bus in instead, it's a journey which goes through Loastman Hall  and Penton.  Early in spring this year, just before the leaves were coming on the trees, so you could still see through them, I was on the bus and was passing a roundabout just off the junction leading onto Golwin Way in Penton.  It is almost impossible to access by foot due to there being no pedestrian path and the heavy traffic.  To my astonishment, I saw, wedged in a fork in a tree, a HUGE branch, broken off!  It was such a blatant Forest Person sign, I think my mouth hung open in shock.  I couldn't believe that they had come in so close to such a busy place where they could so easily be noticed! 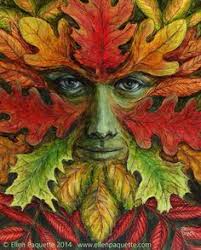 I would like to thank Autumn for sharing her experience and i'm sure there are a number of you, that are in agreement with Autumn, i know i am.  Working together and understanding is the key to all of this i think.  And we have nothing to lose by trying to see another point of view and testing it out for ourselves.