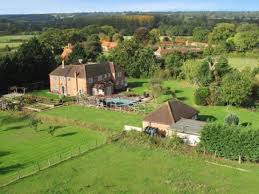 Werewolf log part 8
Date- 29.7.17
Search area- Zone 1
Weather- Over cast with bouts of sunshine
Temp- Not taken
I searched Zone 1; I didn’t find much but the atmosphere was ‘different’ today. It was something I couldn’t quite put my finger on, I felt uneasy and so I decided to leave. Search time 08.49 to 09.59 hours.
Date- 30.8.17
Search Zone- Nuney Green and Sulhampstead (New area of interest)
Weather- Overcast, light rain showers but visibility was good
Temp- Not taken
Firstly I searched zone 1 in Nuney Green where I found some large prints again but the woods were deadly quiet, I certainly had the feeling it was time to go, search time 09.30 to 10.40 hours. I decided to look at Sulhampstead which is a new area on the west side of Reading, it’s a small rural village with a canal with open fields and woods running alongside the canal, there was tree sign but not much else to see, search time 10.55 to 12.00 hours. 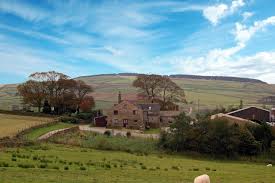 Werewolf log part 9
Date- 20.9.17
Search area- Area around Macclesfield, remote Farm
Weather- Cloudy, overcast with light rain showers, visibility good
Temp- Not taken
This search was based on an article sent to me by a friend, which was published in the Macclesfield Express, in which three sheep were slaughtered and seven other sheep who were run until the point of having a cardiac arrest. The incident happened during the first week of September 2017, the Police stated it was the result of a large Canine, in fact one sheep was dragged by its hind quarters across a field and then its legs were ripped out of their sockets. 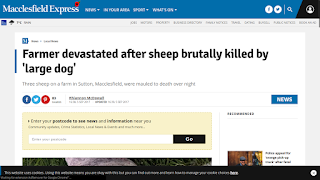 This sheep was held by the Canine in its jaws which would suggest a very large Canine indeed. I visited the site about three weeks later, at the end of September, the whole area looked normal and peaceful, but we did see a Police warning sign on the side road, but I wasn’t sure why the sign was out, there was no road works or anything else of danger to be seen, so I can only assume it was for another reason, despite some wonderful scenic country side, there was not much to see. Search time 14.46 to 15.55 hours. 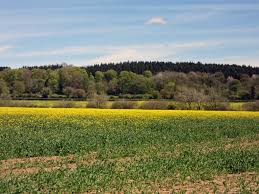 Nuney Green
General- Searched zone 1, not much to report, I took several photos, in which two Werewolves showed up in the trees (At the time I couldn’t see them, they showed up after I had downloaded the photos on my PC), I saw a Man walking his Dog and some Cyclists. I next searched zone 2, in which I think I found a Wildman print but I couldn’t be sure. Search time 12.30 to 14.27 hours.
Cheazey Heath
As a rule I don’t normally go looking for Wildman/Wildwusa but I thought I’d give it a go, due to the fact about 10 months I saw one walking in between the trees at a distance, but at the time it was not my main area of research or focus, but today I searched Cheazey Heath and to my surprise I found what I would assume to be Wildman activity and some prints, but what blew my mind was what I can only describe as a flint hand size axe (I took pictures) it fitted my hand perfectly, I have heard from some researchers State side in interviews that they do have some tool making skills, so hence my surprise at finding this item, so I took this axe blade and started to scrap some bark off a nearby tree and sure enough the bark came off the trunk of the tree, I left it where I found it (Just in case!!!). Search time 14.32 to 14.47 hours. 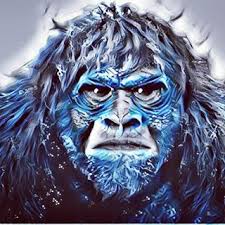 NB:
1) To note, my assumed visit to Diggle and along the A628 (Saddleworth Moor) and the surrounding area was a bust.
2) Some thoughts on Werewolf diet
After listening to countless Dogman/Werewolf shows online etc, I’ve decided to venture some thoughts on a Werewolf diet, now let me first put a disclaimer out, I ‘am in no way a Wolf expert or do I hold a degree of any sort in animal behaviour or zoology, so the following is based on my own assumptions and no else’s.
It would it seem that a Werewolf shares many traits as a normal Timber Wolf, for example a feast and famine diet. A normal Wolf can last at least go 12 to 28 days without food, normal Wolves can eat deer, sheep, dogs, cats and other domestic animals, now a Werewolf love eating Dogs, it seems they eat Dogs as though it’s a free take away, and regarding Cats they have a special loathing for these felines, also on the menu for Werewolves are Cows, Deer, Sheep and if you take some US incidents into account, people!
Normal Wolves will kill extra animals during a hunt despite the one that has been killed for eating; these extra kills are not done out of some sort of sadistic pleasure but as a secondary meal that can be collected later without having to hunt a second time.
Now, a normal Wolf hunting range can be from 15 to 20 miles, I would suggest that Werewolf hunting range could be up to 50 miles considering their size and speed, it is alleged that at least one Werewolf was clocked at 75 mph while chasing a car in the US.
A normal Wolf can consume 22 lbs of meat in one seating, now by rule of thumb 1 lb of meat contains 3500 calories, so a creature which stands on average at least 7 to 8 feet tall on two legs would have no problem surviving in this country especially if there is a small breeding population and that a Werewolf pack breeds based on the food supply available, but bear in mind these creatures can grow to a huge size, in the UK there has been a 10 foot tall creature sighted in Cannock Chase, at least two 10 foot plus creatures in Southern England and a 15 foot Female in the USA, this specimen was spotted unconscious on a road side in Texas
Note
I will stick my neck out here and make a statement on a breeding population for the UK, based on sightings and the numbers involved, I would estimate no more than 250 and no less than 200 such creatures (By the way, this is my own conclusion and not based on any documentation that I’ve seen or I have been privy to!)