March 05, 2015
It began on 27th December 1981, when four young boys came across a beast they described as“a giant great growling hairy thing” as they were playing in the thick snow on the marsh. Thirteen-year old Tommy Murray was scared stiff by the beast, which allegedly raised up on its hind legs and growled. The boys scattered in horror, all slipping upon the white blanket. This shocking encounter came just hours after the friends had stumbled across a mysterious set of impressions in the snow that seemed to have been made by a large animal they couldn’t identify. Soon after the incident more than fifty police with dogs, marksmen and a helicopter scoured the area, but despite the set of tracks being discovered there was no sign of the animal.
The chief inspector at the trime commented that, “Although I didn’t see the boys myself, I’m reliably informed that they were very frightened by what they saw. They were not hoaxers, although, of course, they may have been hoaxed.”
Rumours quickly began to circulate that a prankster was prowling the snow-covered marshes in some kind of ape or bear suit, despite the lack of human tracks. Three sets of bear-like prints were found, one batch on an island which had a perimeter fence and a locked gate. However, despite the watered-down theories of the police, something weird was definitely going on. A year previous at the River Lea, two bear carcasses were discovered. The animals had been decapitated, and no-one found out how they got there.
This case remains one of the capital’s most intriguing mysteries. A possibility that a bear was hiding out on the marshes soon faded into local folklore, and worryingly the police all too quickly brushed the event under the carpet. Did an escaped bear terrify the youngsters? Where did it go? And, if it was a hoax, why would someone wait, in the freezing weather in the hope of scaring someone – and how would they be able to set up tracks identical to those of a bear, and still elude police? 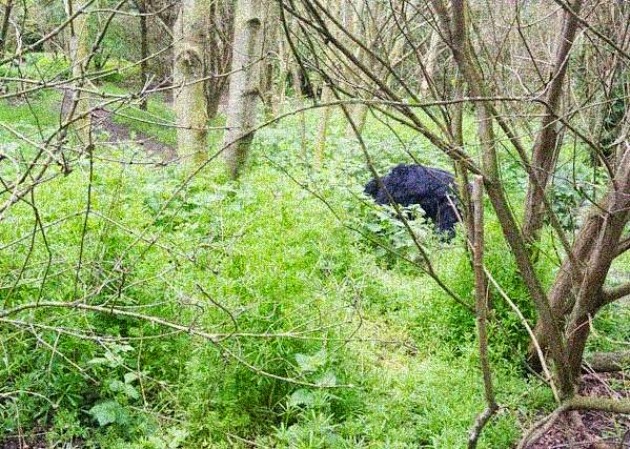