January 08, 2016
Dozens of eyewitness accounts of Bigfoot have been recorded in the area in recent years. As recently as September, a sighting was reported by a local resident, who described being chased by a terrifying beast whilst driving through Cannock Chase at 2am.
“This thing was the shape of a human, but stood about seven to eight foot tall.
As soon as it realised we had seen it, it stood up straight and ran towards us. This thing was definitely not human, it was huge! It wasn’t just tall, but broad and stocky, too. I don’t know whether it was flying or jumping or what.”

Cannock never fails to amaze for its cryptid reports, everything from ufo's to pigmen have been reported here for generations, some of our own team members have had strange occurances at cannock. 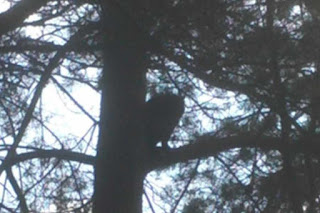