May 14, 2015
this is the second report from the bourne woods. something in there likes to growl and howl and i think would like the area all to themselves. Like many other historic towns and cities, Bourne has its fair share of ghost stories and UFO sightings, with many documented sightings at various locations in and around the town.
One of Bourne's allegedly most haunted locations are the ancient Bourne Woods, on the western outskirts of the town. These woods date back hundreds of years and have a long history of ghost sightings. One of the most reported sightings is that of a large black dog that is said to observe people while they are in the wood. Although the creature never actually leaves the protective tree line, it said that this ghostly dog can be heard growling loudly at anyone who is unfortunate enough to encounter its ghostly presence.
A black dog is described as being black in colour though they have been seen in white. They are a lot bigger than a average size dog, have a shaggy coat, big red eyes that glow, long teeth and a slavering mouth. They disappear as mysteriously as they appear, as they simply vanish into thin air, some gradually fade until nothing, others change into another form.
A local paranormal investigation team recently visited the Bourne Woods to investigate this location. It was reported that two members of the team refused to enter the wood after experiencing extreme fear on the perimeter of the wood, with one breaking down into tears for no particular reason. The remaining members who did enter the wood were reported to make a quick escape though a gap in a perimeter hedge, after hearing the ghostly growling of what was thought to be the black dog.
One member of the team quoted the following regarding the loud growling noise that had been heard from within the woods, "The noise was really strange. It totally freaked everyone out, as we were in a wood the natural explanation of it being an animal springs to mind, but having experienced the shire loudness of the growl, and how it seemed to surround us, I'm convinced it was not an animal. It shook everyone up, and as a result this part of the investigation came to a rather hasty end." 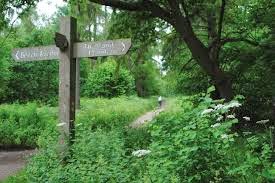 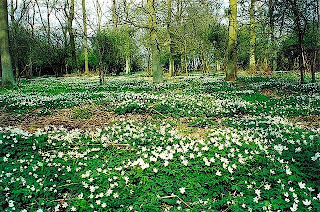