My son and his friend saw a very large hairy type man running along some hay reels. in the early hours before morning, they said “the creature saw them then took off at great speed across a line of hay reels headed for some woods I don't think they saw its face, they said it had some sort of weird hair at the back,and span its head as soon as it saw them, it took off very fast across the hay reels up toward the woods,,  this was in Cooling Kent, about four years ago, it frightened the life out of them.  We are also surrounded by The Thames marshes that are very vast. we didn't think big foot until I was surfing the net and I asked him about it, he won't go up that way anymore. 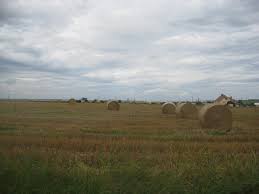 This sighting in itself is very interesting, but when studying the map i realised there are 10 Big Hairy Men sightings within a 10 mile radius of this area.  Very strange to find some many within walking distance of each other. This could be a very important area for the British Wildman, The Thames Estuary could be an area of many differing food sources all being available in the one place. For whatever reason. The Thames Valley certainly has avast amount of sightings 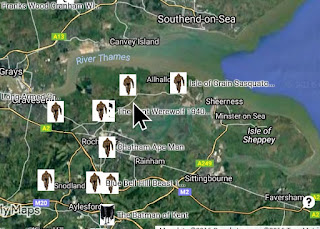 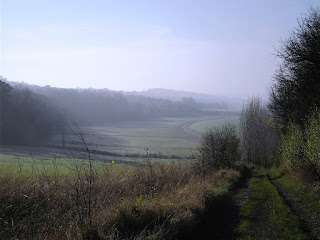 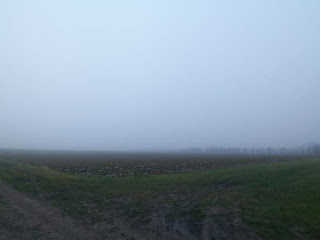