May 08, 2015
witness statement:  My aunt, her husband, my two cousins and myself were driving home on a country road in south Tipperary in 1999. I don't remember what time it was but it was winthertime and dark outside. Anyways we passed a farm which had its light on in de yard and as we were passing we saw what looked like a stooped old man walking up the road in the same direction as us. That street don't have much traffic but I was wondering why this man was walkin it in in de dark as it doesn't have any street lights and its very dangerous at night because alot of people drive way too fast there. We wouldn't have seen him if it hadnt been for the yard light.
Now all this happened within seconds because as I said we were in the car. What happened next was just really weird. The second we passed the man he crouched down and disappeared and instead there was a huge black dog on the side of the road. What bothered me and my family the most was the size of the animal and its red eyes staring in our rear window out of which us on the back seats were looking. I would've put this down to my imagination if not all uf us had seen it, but at the time I hadn't even heard of a haunted dog yet.
If you want to know exactly where this was: the road between Newport and Rearcross in south Tipperary, Ireland. 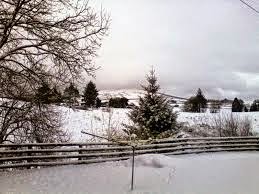 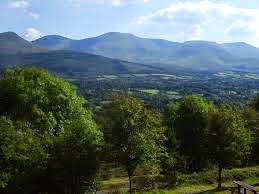