April 19, 2015
So in 2005, when I was 13 and in my third year of my secondary school, I took part in an outdoor team-building scheme called the Duke of Edinburgh Award scheme. For anyone outside of the British Isles, it's when you go on an "expedition" hill-walking and mountaineering in groups of about 6 for two nights and three days. It's normally organized by schools and churches, and also involves charity work and skill-building exercises during the year.
When you're 13, you're eligible for the Bronze level- and in my area this involved a reasonably straightforward walk with the 'exciting' but daunting prospect of camping for one night right in the middle of a local forest- Ballyboley Forest, in Larne, Northern Ireland (part of the UK).
Now I wasn't the fittest of kids but it was with a group of friends and it turned out to be good fun. The first few days involved nothing more exciting than navigating fields and hills, and it went without incident.
On the last night, we ended up camping right in the middle of Ballyboley Forest with all of the other groups. It was at the very foot of a fire break (a long, thin stretch of ground with no trees- which means you can see for quite some distance with nothing hindering your vision). There were no teachers or leaders at this campsite, so naturally all hell broke loose.
At about 8:15pm, as the light was beginning to dim, someone in an other group began to ramble on about seeing people at the other end of the firebreak moving about between the trees. In case it was another group who had gotten lost, a few of us marched up the firebreak to check it out. It was about a five minute walk, and there was nothing but more trees and shrubbery- not a road or a natural footpath in sight. It wasn't taken very seriously, until about an hour later.
We were all gathered round a gas stove having hot chocolate, when someone else noticed some kind of movement down at the far end of the fire break. This time, the figures that had been previously sighted were holding some kind of torches- but this is where it got a bit stranger.
Rather than modern torches or Maglites, the figures seemed to be holding what were either branches that had been set on fire, or some kind of oil-lanterns that you held out in front of you. We counted 4 of these figures (this is important to remember). Someone later that night (who lived on a farm and would therefore know a bit about this) claimed that, after the figures vanished, they could hear sounds like an abbatoir in the distance- echoing cries and squeals of animals. 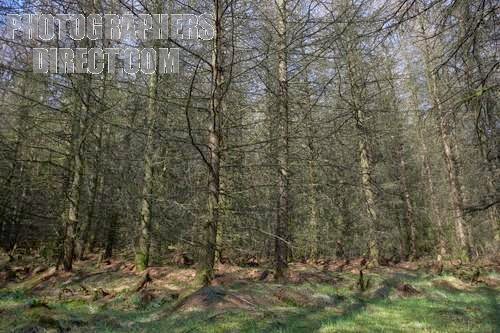 Needless to say, after the figures vanished, our young imaginations ran wild and we began to assume the worst was about to happen. In a small and very religious country like Northern Ireland, you are brought up hearing of stories of the witchcraft and devil-worship that supposedly takes place in secluded forests- and it took a lot of discussion and freaking out before we decided that someone should ring the nearest teacher with our group's emergency mobile phone.
But eventually, more rational voices began to pipe up and assure the more frantic campers that it was probably just other groups in the forest (the fire-break stretched very far back- about a kilometer), and we decided the best course of action was for everyone to go to their tents, keep torches handy and stick together.
The next morning, save for a few rumors of figures and lights being seen running around the tents, we laughed it off and carried on with the expedition. Eventually, it was rarely spoken about and it became one of those stories that, as you get older, you find yourself struggling to remember if it was real or a dream. 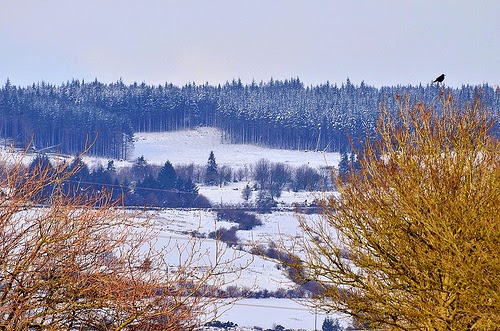 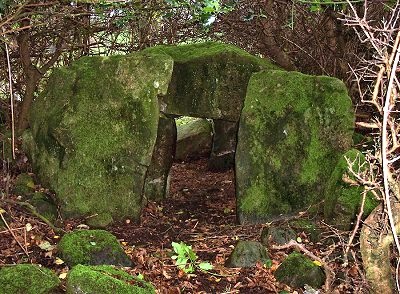