the brown thing on the mountain

April 27, 2015
One story related to the author of 'The Big Grey Man of Ben MacDhui', a man called Richard Frere. He told of a friend of his who decided to spend a night camping on the top of the mountain in 1940. In his tent near the cairn he began to suffer a feeling of morbidity and a sense of unreality but finally fell asleep.
He woke up with moonlight shining through a gap into his tent and suddenly realized that he could see something brownish between himself and the moon. Horrified, he froze, and waited for the thing to move away. When it did, he looked out into the brilliant moonlight and saw a large brown creature 'swaggering' away down the mountain side. He said the creature had 'an air of insolent strength' about it. Incredibly, he estimated the height of the thing to be twenty feet, and described it as having an erect posture, broad shoulders and a tapering waist. 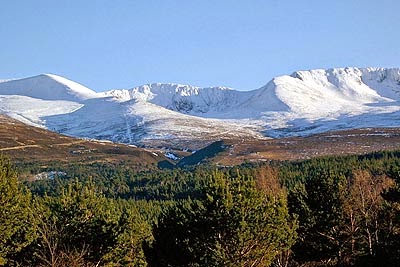