April 24, 2015
At the end of August, a set of footprints were discovered on the edge of a large 250 acre woodland named Bourton Woods, in the heart of the Cotswolds, in Gloucestershire, Great Britain. The footprints have baffled those who found them. In size they are not giant, a little bit larger than a wellington boot. This would make them around nine inches long, judging by the one photograph that has been revealed. Size does not matter to us, as this could easily be a juvenile. It could also be an adult, if our theory of the British 'Bigfoot' being surviving relic hominid is correct. Neanderthals and Homo Erectus grew to around 6 foot in height and a size nine to ten foot would be normal for one of these. Are we looking at a genuine footprint find here? We cannot possibly confirm to this conclusion. A hoax is possible, as is the possibility of it just being a human walking barefoot, though why they would walk barefoot through wet mud is a mystery. Without looking at a cast or more photographs of the prints, it is impossible to come to any conclusions. Below is the news article, as it appeared in the British press: 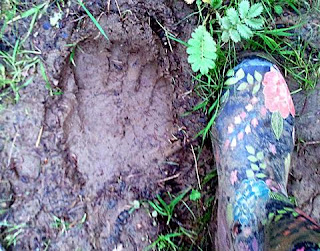 A SPOOKY set of huge footprints found at Mill Dene Garden in Blockley have baffled people in the Cotswolds. 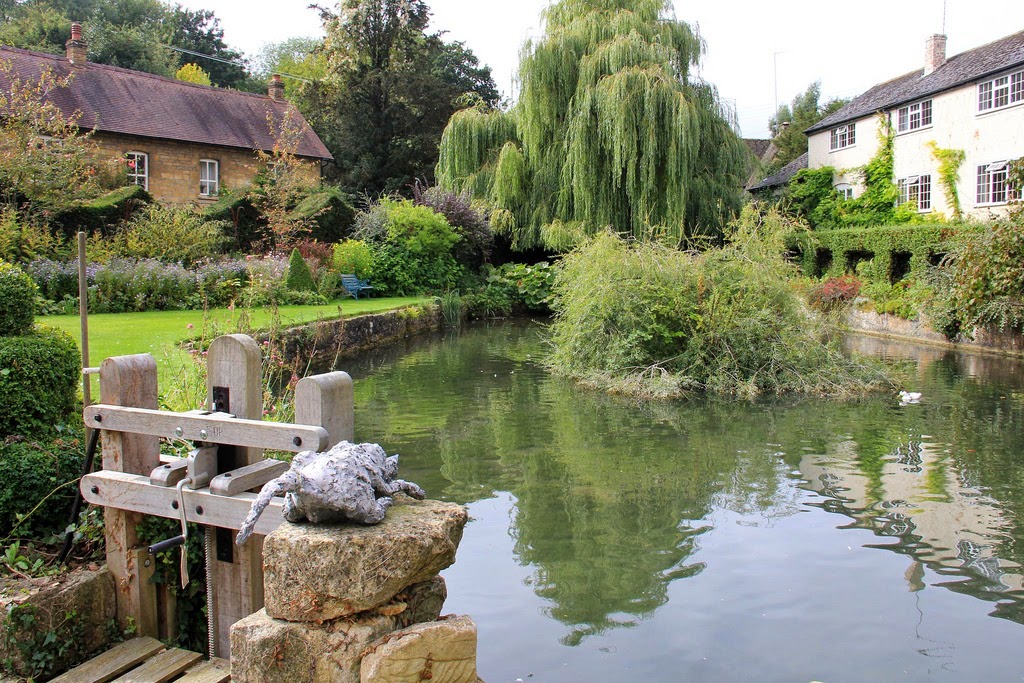 Melanie Aston, who teaches swimming at Mill Dene and often takes her dog for a walk in Bourton Wood on Saturday mornings, found some large unshod footprints near the toilets by the car park earlier this month.

Her size seven wellies were dwarfed by the huge prints, which she said seemed fresh.

However, she could not see anyone else around.

“They went over some really rough ground but there was quite a distance between each print almost as if they where avoiding the really wet mud,” she said. “They went right down to where the path goes over the brook then divides into three directions, which is where I lost track. It’s really quite spooky and I’m not such a frequent visitor since.” 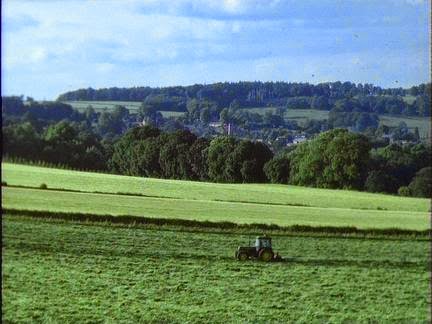 Mill Dene owner Wendy Dare said: “I honestly have no idea what it is. The footprints are very large.”