Was it the Dorset Caveman

April 11, 2015
A MYSTERY ‘caveman’ has been spotted in the woods along the coastal path.
He was snapped by holidaymaker Nuala Hamilton from the Mull of Kintyre.
Ms Hamilton, 43, had travelled to lyme regis on holiday with a friend and her greyhound Judy to look for fossils.
The group had gone to the undercliff area between Beer and Seaton because they had been told that it ‘was like walking through a rainforest’ when the incident occurred.
Ms Hamilton said: “It was a very weird experience but I didn’t feel threatened or scared at all.
“Judy had run on ahead and normally greyhounds are very placid and don’t bark but she let out a high pitched bark, like she had been startled.
“We went to see what had happened and saw this man.
“I had my camera in my hand ready and just took the picture.
“When I first saw him it looked like he was doing Tai Chi but I don’t know.”
She added: “It looked like he had deliberately dressed up like a caveman. He definitely seemed to know what he was doing.”
The man then disappeared into the undergrowth. Ms Hamilton said: “I just thought he was a hippy type in the woods but I would love to know if anyone else has seen him.”
She added: “I didn’t get any bad vibes or feel vulnerable. He was just minding his own business.”
l Have you seen this man or know who he is? 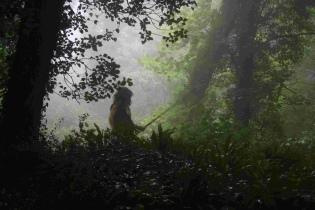 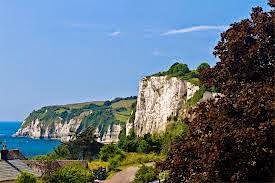 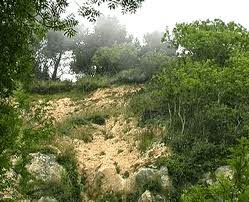