April 06, 2015
DATE: September 2002. LOCATION: Salisbury Plain - Salisbury. SALISBURY PLAIN HOMINID. Witness Report: George Price, however reported something which had lived in his mind, as clear as day, for eight years. It happened in September 2002, when he was serving in the Army. He wrote: “We were on exercises on Salisbury Plain. I was a commander in the turret of our tank, and we were advancing to contact our warriors. I was scanning the landscape when I turned to my 5 o’clock and looked right at a large, ape-like figure. It looked scared because of the noise from the engines and tanks were moving at speed all around. I couldn’t believe my eyes, so I punched my gunner to look at it because he couldn’t hear me over the engine. We both saw it run into nearby prickly shrubs.“Its fur was similar to an orang-utan in colour, and the length and flow of it. Its face looked black, or darkish, but I couldn’t see its facial features, being too high an angle above it. It was more its gait – the way it moved: it was very fast and seemed to run with large strides. Its height was impressive too, it must have been 6ft-plus, but it seemed to run with its back low, i.e. bent over. It was an amazing sight to see it disappear into the shrubs. I kept staring at the spot as my tank was moving away but it never emerged again, as if there was a hole below the bush it dived into. I observed the area at distance for a while via the tank’s optics but nothing else was seen. It must have been terrified to move with half the British army tearing Salisbury Plain up. “I told my superiors as soon as we stopped but it was laughed off so I never mentioned it much after. I did ask my gunner about it and he said he had seen it but not well enough to describe it. It has bothered me to this day, so I thought I would share it with you. I wish I had stopped to see it now. It was right next to me. Very strange 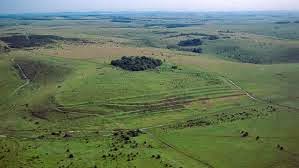 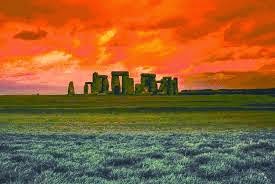